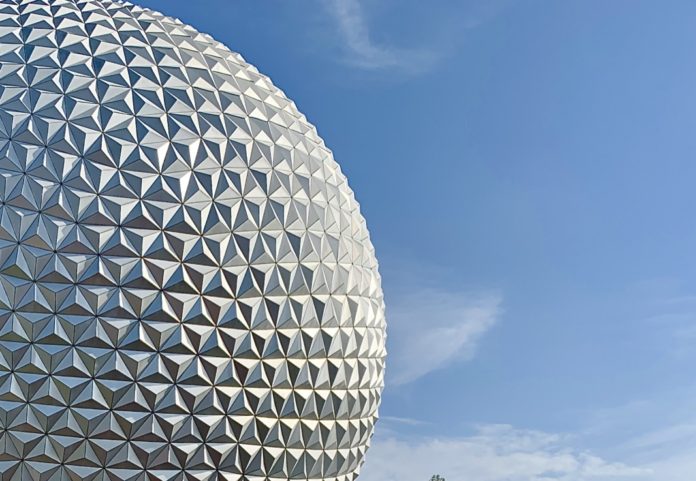 Epcot (The Experimental Prototype Community of Tomorrow) was the second park to open at the Walt Disney World Resort on October 1, 1982. It was originally conceived by Walt Disney to be a working and thriving city showcasing the ever-changing possibilities of modern and futuristic living. A place where people could live, work and play in state-of-the-art homes and community areas. After his death, the plans for Epcot shifted to a theme park split in two, heavily influenced by the World’s Fairs of the past. One area called Future World to serve as a look at our planet, its resources and what’s in store for our society in technology and innovation. The other area, called World Showcase to feature countries from around the world and give guests an immersive look into their cultures, art, and food.

Epcot is currently a park in transition as new expansive renovations and inclusions announced in 2017, are rapidly changing the landscape and offerings.

Future World serves as Epcot’s main entrance. After passing under the massive Spaceship Earth attraction, guests have access to specially-themed areas that focus on innovation and technological advancement as well as examining the environment around us.

Areas like The Land and The Seas with Nemo and Friends give guests educational and entertaining looks at our planet and it’s oceans while attractions like Spaceship Earth and Test Track explore the past, present, and future of technology and its use in society.

World Showcase is comprised of 11 countries placed in a half-circle around the World Showcase Lagoon. This half of the park gives guests a chance to step inside and experience the sights, sounds, and tastes of far off lands. Each pavilion was designed and created with the help and approval of each country represented.

The attention to details in these areas are some of Disney’s best, and they even go so far as to staff each area with Cast Members native to that country. There is also a park entrance to Epcot in this section, located near the France pavilion. This entrance also serves as the Disney Skyliner station for the park.

Epcot’s current nighttime show is the Illuminations water and fireworks show held nightly in the World Showcase Lagoon. It was recently announced that the current iteration of the show will be retired on September 30, 2019. It will be temporarily replaced with a new show called Epcot Forever. The interim show will feature a celebration of the park’s history with music nods to past attractions and featuring new fireworks, lasers and even acrobatic kites. Eventually, this show will be replaced in late 2020 by a more permanent addition to the lagoon with a show titled A Celebration of Disney music that will have new floats, spraying fountains and pyrotechnics.

If you need help planning your perfect vacation, contact our friends at Key to the World Travel® for a free, no-obligation quote for your next trip. Click here.