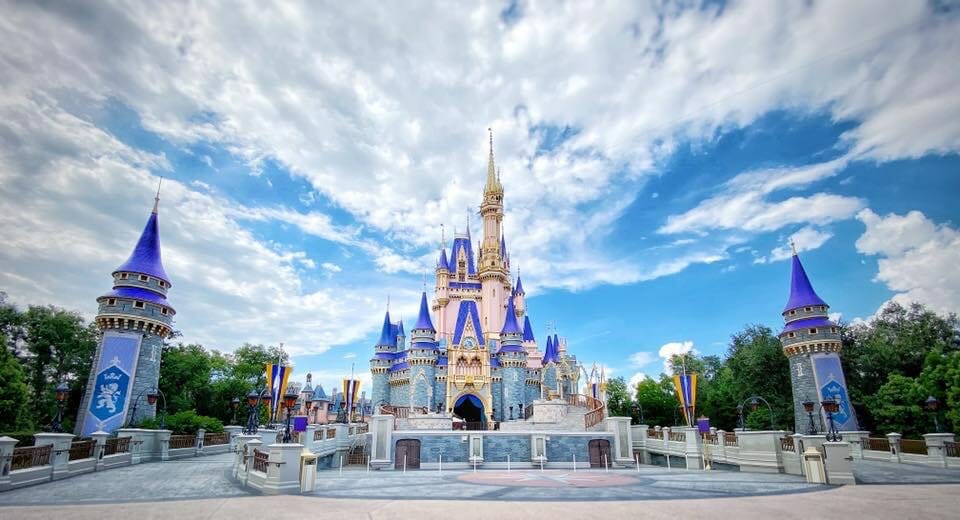 The 50th anniversary of Magic Kingdom is October 1st, 2021! We got jipped out of a celebration for the 49th anniversary because of the current guidelines and procedures for COVID. So, instead of covering the anniversary at the park, we decided to bring a little park trivia to you!

Take a look at these 20 questions about Magic Kingdom you may not have know! How many can you get right?

3). Cinderella Castle is the tallest structure in Disney’s Magic Kingdom Park at 189 feet, followed by Space Mountain at 183 feet.

5). Disney’s Magic Kingdom Park, which encompasses approximately 107 acres, is itself larger than Disneyland, which only covers 80 acres in Anaheim, California.

6). The design of Main Street U.S.A. was loosely based on Walt Disney’s hometown of Marceline, Missouri.
When Disney’s Magic Kingdom Park first opened its doors on October 1, 1971, adult admission cost $3.50

7). Mr. Toad’s Wild Ride was an original park favorite and there were many protests prior to its closure. However, Mr. Toad can still be seen in a picture at Winnie the Pooh where he hands over the deeds to the ride to Owl an in the pet cemetery of the Haunted Mansion there is a tombstone for J.Thaddeus Toad.

8). Built in 1917, Prince Charming Regal Carrousel in Fantasyland was once located at Olympic Park in Maplewood, New Jersey.

9). Originally known as the “Tropical Serenade,” the Tiki Room in Adventureland was once sponsored by Florida Citrus Growers.

10). The 60-foot-tall Swiss Family Treehouse in Adventureland weighs approximately 200 tons and is made of concrete and thousands of polyethylene leaves.

12). The replica of the Liberty Bell that can be found in the center of Liberty Square was built from the same authentic cast as the original in Philadelphia, Pennsylvania.

15). Splash Mountain in Adventureland features a five-story, free-fall plunge at a 45-degree angle into a splash pool at a speed of 40 miles per hour.

17). The Liberty Tree is a real oak tree and is over 135 years old. It was moved to The Magic Kingdom from elsewhere on site prior to opening.

18). There are pipes underneath the Magic Kingdom in the utildoor that use pressurized air to jet trash to it’s final destination at over 60 MPH.

19). Listen for the subtle music changes between lands in the MK. Also, notice how the pavement changes as well, especially as you travel across the nation and through time from Liberty Square (the Colonial Eastern US) into the Frontierland (Western US).

20). Cinderella Castle looks like it is mafe from stone. However, the entire castle is actually made out of fiberglass.

Have you planned your trip to Walt Disney World for 2020? Having a travel advisor means someone there to have your back in any occurrence! There is no additional cost to you and you have peace of mind knowing that your vacation is in good hands.
Contact our friends at Key to the World Travel® for a free, no-obligation quote for your next trip. Click here to have a travel advisor from Key to the World Travel contact you today.